David M. Jacobson, LCSW, CHP is a professional speaker on leadership, team building, humor and health and overcoming trauma. He is the former Chief of Social Work of the Phoenix VA Medical Center where he assisted in improving their mental health system. He also worked at Banner University Medical Center in Tucson with trauma patients and families and assisted patients during the tragic shooting at the hospital on January 8, 2011. His work during this crisis resulted in a personal thank you from President Barack Obama. David has been featured internationally by various media outlets, including magazines, journals and television from London to Seoul, Korea.

Michelle Milligan, MSW, LMSW, CGMP, is the Deputy Administrator for the Clinic for Child Study with the Third Judicial Circuit Court of Michigan, and is the current National SGMP President. She has been planning annual state conferences and programs for elected officials and Court employees for the last 20 years. As the Deputy Administrator, she has the overall responsibility of leading a staff of 54 clinicians, case managers and support staff. Since July 2016, Michelle has served SGMP as National President. In this capacity, she has focused on improving communication with chapter leaders and membership as a whole. From 2011-2015, Michelle served as the Michigan Chapter President leading the Chapter to several great achievements including becoming the 2nd largest Chapter in the Society and receiving Chapter Excellence awards 2011-2014 and Chapter Honors in 2015. Michelle was honored with the SGMP President's Award in 2013. 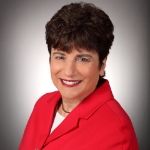 Rosemarie Rossetti, Ph.D. is a powerful, internationally known speaker, trainer, author, consultant and president of Rossetti Enterprises Inc. She speaks to and consults with meeting professionals to help them create a welcoming, inclusive environment to ensure that they exceed requirements mandated by the venue and the meeting organizer for inclusion and diversity. Having been paralyzed from the waist down with a spinal cord injury, she speaks from her wheelchair, sharing her own dramatic, personal story.  She presents to audiences throughout the U.S. and beyond as a recognized expert on inclusive design. 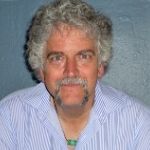 James Spellos is the President of Meeting U, whose mission is to help people become more productive and comfortable with technology. Jim delivers more than 100 seminars & presentations annually. In 2015, Jim was named one of the Meeting Industry’s trendsetters by Meetings Today magazine. He was a faculty member at New York University for 25 years, receiving both their Award for Teaching Excellence and their Outstanding Service Award. In 2014, Jim joined the Board of Directors for Rock and Wrap It Up, an anti-poverty, anti-hunger organization which recovers excess food from events. He also speaks about food recovery and sustainability in the industry. In 2018 & 2019, BizBash named Jim one of their top 500 people in events for his work in sustainability. Jim is an accomplished musician and songwriter who released his first solo album, Stroke of Genius, in 2020. 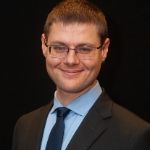 Dr. Gleb Tsipursky is an internationally recognized thought leader on a mission to protect leaders from dangerous judgment errors known as cognitive biases by developing the most effective decision-making strategies. A best-selling author, he wrote "Never Go With Your Gut: How Pioneering Leaders Make the Best Decisions" and "Avoid Business Disasters" (Career Press, 2019), "The Truth Seeker’s Handbook: A Science-Based Guide" (Intentional Insights, 2017), "The Blindspots Between Us: How to Overcome Unconscious Cognitive Bias and Build Better Relationships" (New Harbinger, 2020), and "Resilience: Adapt and Plan for the New Abnormal of the COVID-19 Coronavirus Pandemic" (Changemakers Books, 2020). His expertise comes from more than 20 years of consulting, coaching, and speaking and training as the CEO of Disaster Avoidance Experts, and over 15 years in academia as a behavioral economist and cognitive neuroscientist.